* HOME
* SHARES
LOCATIONS HOW IT WORKS What is a Salmon Share? FAQ
* ABOUT US
* OUR FISH
* RECIPES
* COOKING
* CONTACT
* LOGIN

We are currently available to take share orders. Check out the location closest to you below and sign up to get a share! We will be accepting orders until June 1st or until we are sold out. 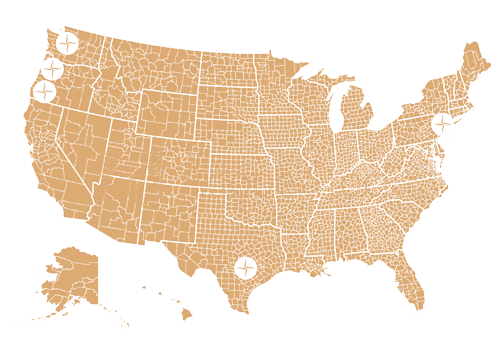 We accept new (& former) shareholders during the months of April and May. When you become a shareholder in our catch, you'll select a pick up city & location, choose how many “shares” you'd like to order, pay a 50% deposit on your share(s), and select a pickup date. (Don’t worry—you can log into your account at any time to change your pickup date from the list of available options)

We Go To Alaska and Catch Your Fish 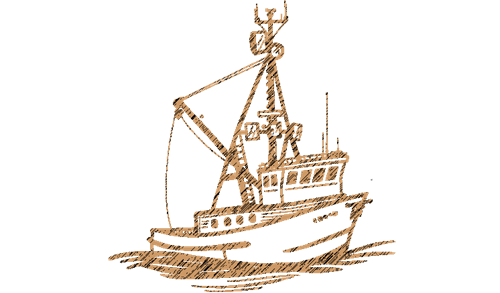 In June and July, we travel to Alaska to harvest wild sockeye salmon from our MSC-certified sustainable fishery in Bristol Bay. Your fish share will be filleted, vacuum-sealed, and flash-frozen to lock in "just-caught" freshness.

Meet Us on Your Pickup Day and Collect Your Share 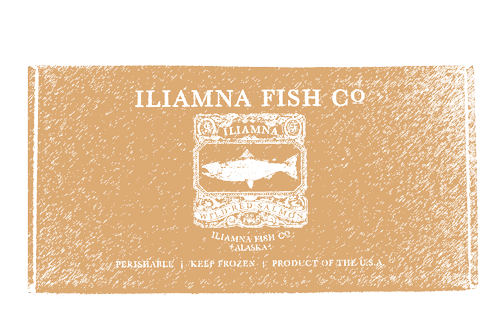 You'll meet us at the pickup location on the date you selected and we'll hand over your sashimi-grade share of our brilliant wild Alaskan catch. Your fish will be frozen and individually vacuum sealed; and will stay deliciously fresh in your freezer for 12 months. (If you’ve only paid the 50% deposit on your share or shares, you’ll pay the 2nd half when you pick up.)

Iliamna Fish Co. is owned and operated by fishermen who spend their summers catching wild salmon in Bristol Bay, Alaska, where each of our families have been fishing for generations. (2 of the 6 of us who founded Iliamna Fish Co. are tribal members of federally-recognized Native Alaskan tribes.) During the rest of the year, we live in various parts of the US.

A community supported fishery (CSF) allows an individual to buy fish directly from a fisherman, instead of through the (sometimes murky) world of seafood distributors. The hallmarks of a CSF are transparency and a clear chain of custody from a fisherman to your home kitchen. When you become a shareholder in a fishery, you cease to be a consumer of a commodity and you become, instead, a stakeholder in the well-being of a vibrant, living marine ecosystem.

Though now commonplace in fisheries all over the US, Iliamna Fish Co. was one of the country’s first member-supported fishery companies. While we’ve been longtime supporters of CSAs ourselves (for food that we buy from farmers and ranchers whom we personally love and support), it was not until 2006 that the idea occurred to us that we could adapt the CSA model to our wild Alaskan salmon fishery and to our own small boats.

How is the fishery managed?

In Alaska, all commercial, subsistence and sport fishing is rigorously regulated by the Alaska Department of Fish and Game—there are no exceptions. 40 years of steadfast management has made Bristol Bay a model for other sustainable fisheries around the world. Outside of subsistence fishing rights for indigenous people, which we heartily support (especially as 2 of the 6 of us founding partners of Iliamna Fish Co. are tribal members of federally recognized Native American tribes), no fishing is allowed until the biologists who manage the fishery have determined that sufficient numbers of fish have escaped to their natal rivers, streams and lake to spawn.

The sockeye salmon we catch feed very close to the bottom of the food chain—their primary food source is plankton. Additionally, sockeye salmon have a rather short 5-year life cycle (1-3 years of which is spent in the ocean). These two factors result in a species of fish that has very little opportunity for bioaccumulation of toxins or heavy metals (like mercury, PCBs, etc). We are grateful to report that this makes our sockeye salmon a top choice as a clean and healthy fish for you and for your pregnant and breastfeeding loved ones.

Do you ship fish?

In short–no, we do not ship orders (sorry:(. At this time, Iliamna Fish Co. doesn’t ship fish—instead, we host “pickup locations” in the cities where we live when we’re not in Alaska and we distribute our catch to shareholders who live in the same cities where we live. We believe this creates accountability in our food system, between the producer (us) and the fellow stakeholder/customer (you!).

Why do you charge a deposit?

An individual who becomes a shareholder agrees to invest in our boats, in advance of our fishing season. In exchange for your investment in us, you receive a share of our catch. In order to become a shareholder, you’ll pay a 50% deposit on the total cost of a share or shares (you can pay 100% up-front if you wish).

When can I pick up my order?

While placing your order you will be presented with a calendar where you can choose a date and pickup location, to retrieve your share from us, when we return from our fishing season. Our pickup dates and locations vary based on which city you’re in, but they range from late-August to mid-October. [Don’t worry—if you need to change the date or location of your pickup, you can log into your account and choose another available date/location from the calendar!]

How does your work benefit indigenous people?

We are indigenous people. Two of our founding 6 partners (fisherwoman and fisherman, respectively) are tribal members. Alaskan fisheries are managed to preserve first access for subsistence users (such as our family who live year-round at our river’s headwaters). After this, all fishermen are given equal access to participate regardless of race or birth, as long as they have a valid fisheries permit, issued and managed by the State of Alaska.

What makes your fishery sustainable?

Bristol Bay sockeye salmon is one of the most environmentally thoughtful proteins you can eat. Like bears and eagles and beluga whales, we humans are feasting on the over abundance of adult salmon. The spawning grounds can only handle so many nest sites, and if all the fish were allowed to return it would not produce an increase in future generations of salmon. Additionally, Bristol Bay is a “terminal” fishery—this means that since we catch fish as they return to their spawning grounds, the fish stocks can be accurately counted and consequently managed. The beginning (the spawn) is directly correlatable, by the numbers of fish born and the numbers of fish who mate, to the return (the run).

What about the "Seaspiracy" film on Netflix?

This documentary was made to highlight the devastating effects of poor fisheries management and of pollution on our world's oceans. However, in our opinion, the filmmakers did not take time to review bright spots where fisheries are well-managed (like ours) and where marine life is flourishing.

We concur with the film's producers that high-seas fishing around the world is largely a free-for-all, and should either be legitimately regulated and enforced by universal agreement or banned. When boats are so large that humans cannot even visibly see the fishing gear, and when fishing takes place so far from land that boats cannot be patrolled, we too believe that this is a terrible problem.

However, to assert that because some fisheries are dangerously unregulated, therefore ALL fisheries are similarly destroying our oceans is simply false. We would very much have appreciated if the Seaspiracy producers had taken time to document Alaska's wild salmon fisheries. If they had, they may have been able to share a broader perspective (and have added some hope to their narrative). To us, it was interesting to note that NONE of the fisheries or video clips in the film were within U.S. waters. The American women and men (scientists, biologists, and fishermen) who have been tirelessly working over the past 100 years to promote healthy oceans and maintain sustainable fisheries were categorically ignored.

As of 2021, our Bristol Bay salmon population has never been more abundant and well-managed. We are fortunate to participate in such a model of sustainability where both ecological health thrives and commercial enterprise can be maintained.

The important issue of by-catch is raised in the film--members of our CSF will be pleased to know that we have voluntarily tracked our own by-catch for 20 years. Since we began record-keeping, our by-catch has been 0.015% annually—much less than half of a single percent. Of that number, over 95% are starry flounder (Platichthys stellatus) and we release 90% of those alive, back into the ocean. In regard to discarded plastic fishing gear, we can report that since our boats are so small and since our gear is so short, we simply do not lose track of our gear in this way and have never lost or abandoned our gear. For us, our gear is too valuable to lose!

Is your salmon “sushi grade”?

Yes, our wild sockeye salmon are “sushi grade,” meaning that they are appropriate for raw consumption. But what does this actually mean? Aside from rigorous food safety and food processing standards, administered by the FDA and the DEC (and to which we resolutely adhere and exceed), there is not a government-regulated “sushi grading” system in the same way that there is (for example), for beef grading.

Simply stated, to be considered “sushi grade,” seafood needs to be safe for raw consumption and beautiful for raw presentation. For safety, that means our wild sockeye salmon must be frozen to -4F or below for seven days, or to -31F until frozen solid and then -4 for 24 hours. Our fish are frozen to exceed this safety standard (we “super-freeze” our sockeye to -37F for 6 hours and hold them at -20F for 10 hours and then store them at -10F until you pick them up from us.)

For beautiful fish (and a beautiful presentation), one must also handle the fish with great care, chill the fish as it is landed and at each step of the packing process, and keep all fish-processing areas (including those in one's own home) scrupulously clean. We strictly adhere to these self-imposed standards so that you have the freedom to enjoy our fish (if you wish) raw and brilliantly appetizing.